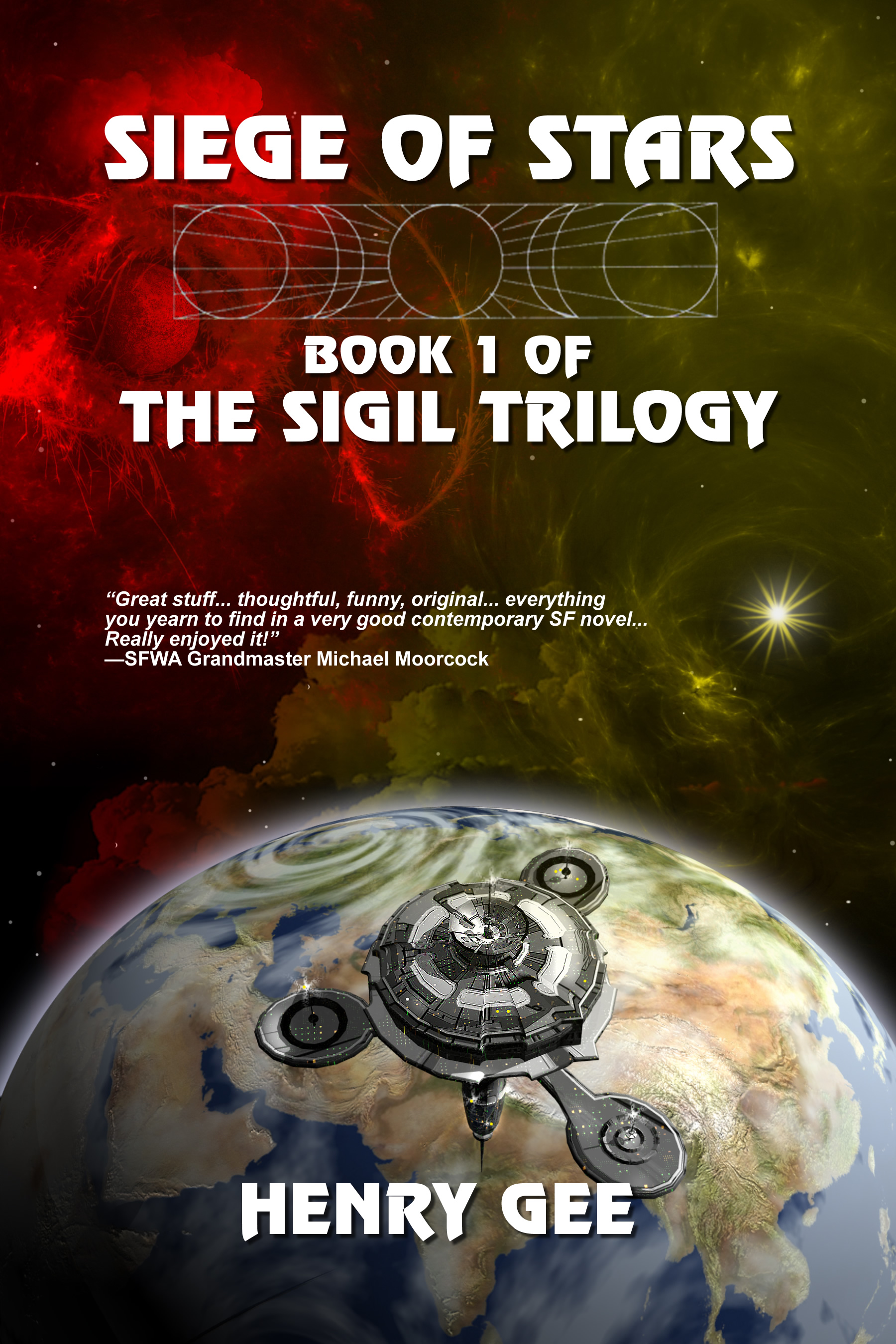 Spanning millions of years and the breadth of the universe, The Sigil Trilogy is an epic tale that explores the nature of humanity, belief, and love.

From Nature Editor Henry Gee comes a story of breathtaking scope and beloved characters. Spanning millions of years and the breadth of the universe, The Sigil Trilogy is an epic tale that explores the nature of humanity, belief, and love.

The Universe is dying from within. No one knows how to save it, so the Elders give a young Drover a last ditch chance to stop the rot. If only she knew where to begin.

Unaware of the threat to the universe, Ruxhana Fengen Kraa, Admiral of the 17th Rigel Fleet, is about to be cashiered for a stupendous tactical error. But Special Ops has an important and most bizarre job for him.

Eons away in time, Jack Corstophine is an archaeologist on Earth with an intuition about the land that he can’t put into words—until the beautiful and brilliant Jadis Markham comes into his life. Together, they discover that the landscape of Europe is far from natural. The Earth bears the scars of an ancient civilization that goes back millions of years — and has terrible implications for the future of mankind.

The Sigil Trilogy traces the lives of compelling characters — people… entities… and… species… — through time and space. It’s magnificent in background, beautifully written, and with the most memorable characters. The Sigil Trilogy is spellbinding, funny, thoughtful, and touching all at the same time. Complete with complex mysteries, massive battles, romance, hot aliens, steampunk cities, good scotch, armageddon, it’s all here — you won’t be able to put it down.

Siege of Stars is the first volume of The Sigil Trilogy, Henry Gee’s incredible opus.

The second and third volumes, SCOURGE OF STARS and RAGE OF STARS, are all now available as individual volumes as well as in an collected, omnibus edition, all in both ebook and print — see the sidebar for links.
Praise for THE SIGIL TRILOGY:

“Great stuff. Touches of Douglas Adams, Barrington Bayley, David Britton and Steve Aylett only emphasise the splendid originality of this book. Henry Gee is thoughtful, funny, original. And pretty thoroughly mind-expanding in the tradition of Wells, David Lindsay, Stapledon and Clarke. In fact everything you yearn to find in a very good contemporary SF novel. Really enjoyed it!”
—SFWA Grandmaster Michael Moorcock

“Coming to a science fiction novel by Henry Gee I was expecting a work knowledgeable about the world and all its ways, but who would have guessed it would also reveal Henry to be a visionary space voyager of the first order? The Sigil is in the grand tradition of Stapledonian space opera, and provides not only an explanation for why this universe is the way it is, but gives us the many vivid wild adventures on the part of some (very appealing) conscious characters acting to make it that way. Awesome stuff, and a true pleasure to read page by page.”
—Kim Stanley Robinson, award-winning author of Red Mars

“Fast-moving, insanely inventive science fiction in the grand manner—seldom has the fate of the galaxy been handled on such a large scale. Gee draws on archeology, geology, physics, and biology to create a rich tapestry with surprises woven into every thread.”
—Nancy Kress, award-winning author of Beggars in Spain

Dr. Henry Gee is senior editor at the renowned science journal Nature and editor of the award-winning Nature Futures science fiction short story series. He has written over a dozen books, including The Science of Middle Earth and A Field Guide to Dinosaurs. He lists his recreations as playing blues organ, supporting Norwich City FC and falling asleep. His blog ‘The End Of The Pier Show’ continues to delight its three regular readers. He lives in Cromer, Norfolk, England, with his family and numerous pets.